Our 10 Ball Champion for this week is Johnny Parr from Northern Ireland.

Playing here for just the tenth time, and from a total entry of 31, he lost his second match of the night in the group stages before raising his game to win five on the spin and claim the 1st Prize of 5500 baht.

In the final he beat German Dietmar Ptak in the deciding rack (race 6-3) to seal an impressive performance.

Dietmar reached his third final in just the last seven days, but once again had to settle for the Runners-Up spot and 3000 baht.

He actually potted the 10 ball to win the match when leading 2-1 but saw the cue ball agonizingly scratch in the side pocket from the tightest of angles to deny him the win.

From there the Northern Irishman won the next four racks to snatch victory away from the German. 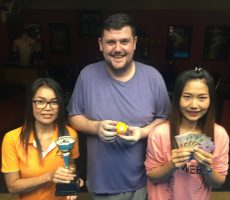 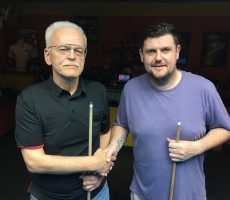 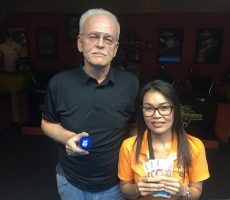 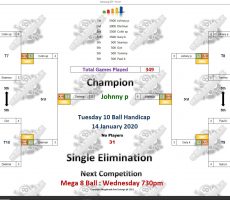 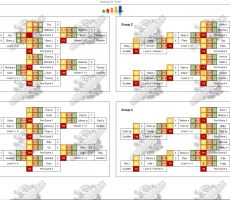 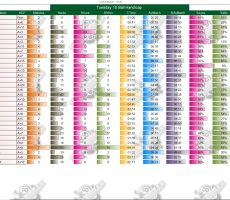