Congratulations go to Vicky Waqas (A+4) from Pakistan for winning our Sunday 9 Ball Grand Final for Season 16 on Saturday night.

From the maximum entry of 16 players, he defeated Megabreak stalwart, Albert Gringhuis (A+1) from The Netherlands in the final to receive the 1st Prize of 10000 baht.

After losing his second match of the evening on the Winner’s side of the draw, Vicky won five consecutive matches on the One Loss side to reach the final, where he would beat Albert to lift the trophy.

His handicap is increased to A+5 as a result.

Albert won four consecutive matches to cruise through the Winners Side of the draw and reach the final, before finding Vicky too tough.
He collected the Runners-Up Prize of 5500 baht.

In 3rd place was Per Swe (A+6) from Sweden, who played consistently well all evening to take home 3500 baht, closely followed by Sean Ezell (A+8) from The USA in 4th, receiving 2500 baht.

The other money winners were Rob Schnabel (A+6) from Germany and Nid Mirantee Phukthamt (A+3) from Thailand, who each collected 1500 baht for finishing in equal 5th place. 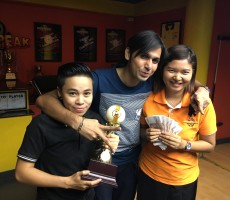 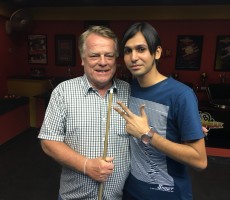 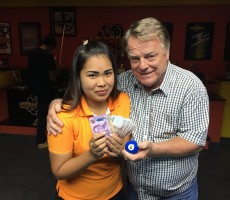 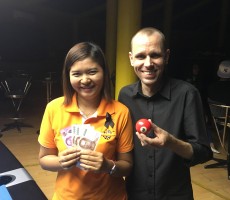 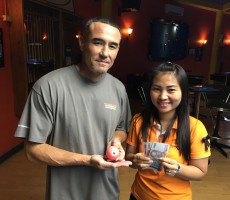