Sunday’s 9 Ball tournament saw a massive entry of 41 players and two of last week’s champions meeting in the final.

And it was the Norwegian who held all the aces this time, taking the match comfortably by 3 racks to 1 to collect the 1st Prize of 6500 baht.

As a result of his second victory in less than a week, his handicap now moves up to A+6.

Tom made a valiant effort to retain his crown but it wasn’t to be, and he took home 3500 baht in 2nd Place. 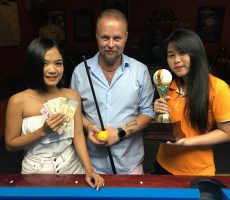 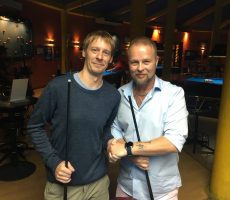 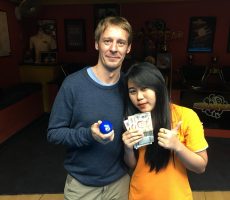 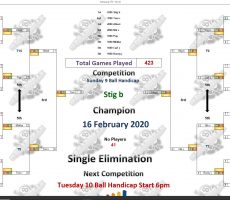 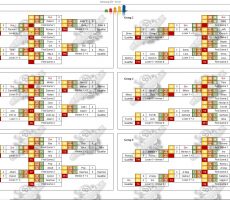 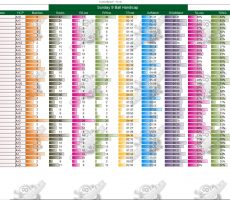