First time player Richard Davis from England went all the way to glory on Sunday night to win our 9 Ball Competition.

From another high entry of 36 players, he lost his second match of the evening in the group stages before finding his form to win his next five and lift the trophy.

In the final he beat fellow countryman Gary Kuhnel to pocket the 1st Prize of 6500 baht and handicap moves up to A+12 as a result.

Gary played well to reach the final and collected 3000 baht as Runner-Up. 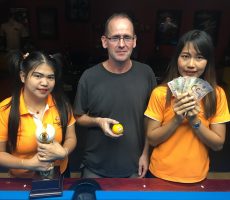 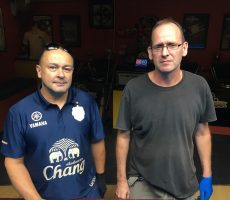 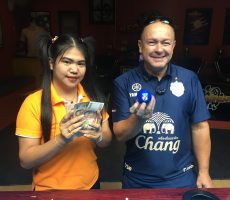 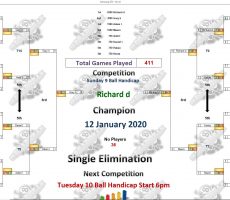 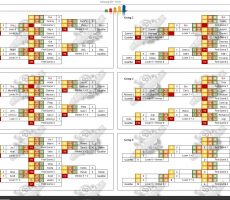 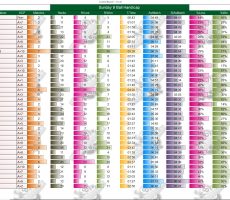