Wednesday night was the One Year Anniversary of our Mega 8 Ball Handicap Competition, attracting a lower entry than recent weeks with 19 people taking their chance.

For the second consecutive week the F handicap players completely dominated proceedings. Last week the final was played between two F’s but this week all of the Top 4 were from that bracket.

Congratulations go to all the winners, particularly local Thai girl Pla Moltariga, the owner of Boss Bar on Soi Buakhow.

Playing this format for the first time she played very well to win all five of her matches and become only the third female player in the last year to win this competition, following on from Nok Yung (1) and Kanchana Chinboot’s (3) victories in 2019.

In the final she beat Norwegian Tor-Arne Fenes by 4 racks to 1 to collect the 1st Prize of 6500 baht. 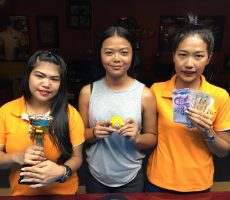 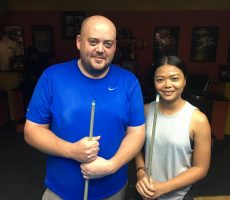 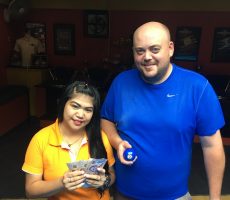 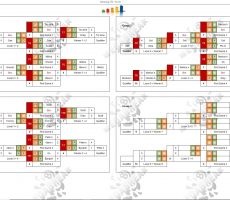 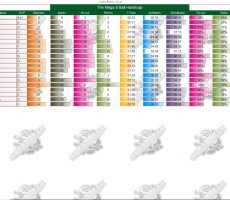