Our 9 Ball High Roller tournament last weekend was another great event which attracted a total of 51 players.

Massive congratulations go to Finland’s Sami Granqvist for winning and claiming the 1st Prize of 30000 baht.

As always with our winners, he played consistently well over the weekend, although he did have to use his “double chance” to qualify from the groups on Day 1 after losing his second match.

On to Day 2’s Double Elimination KO and he won his first four matches to reach the Winners Side Final where he suffered defeat to Norway’s Ronny Jakobsen (race 4-7).

He gained his rematch with the Norwegian though by winning the One Loss Side Final match against England’s Gary Kuhnel, but he would have to beat Ronny twice to claim victory.

With the race again set at 4-7 he won the first set 4-4 to take the match all the way, and he got off to the best possible start in the decider, winning the first three racks to put himself on the hill.

To the Norwegian’s credit he did not give up, and fought back very well to win the next four racks, before missing a tough long 9 ball, leaving Sami the easiest of shots to seal a well deserved victory.

Ronny played very well over the two days after also suffering an early loss on Day 1, and almost completed a memorable “double” after winning our Scotch Doubles event on the Friday night, but it wasn’t to be and he pocketed 15000 baht in 2nd Place.

Next in line was the aforementioned Englishman Gary Kuhnel, who by his own admission played poorly all weekend, but still managed to finish 3rd!!

He took home 11000 baht for his efforts, and he was closely followed by Bangkok based American Rick Giggity, who collected 8000 baht in 4th Place.

Another superb Player Auction was compered by Olly Downey, creating an extra Prize Fund of 225000 baht which was won by me!!

The Plate Event for the non-qualifiers from the group stages on Day 1 was won by myself..

Megabreak would once again like to take this opportunity to thank all the players, staff and helpers over the two days, who helped to make this event a great success. 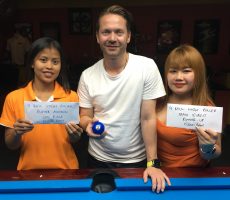 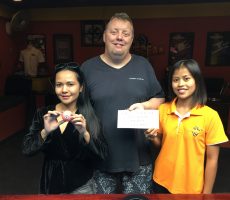 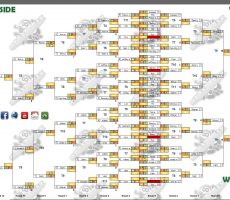 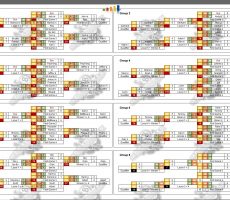 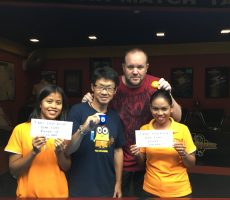 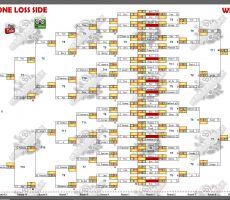