A quality performance from Germany’s Daniel Levadi saw him win our Tuesday 10 Ball Grand Final for Season 18 on Saturday night.

From the maximum field of 16 players, he played superbly all night long to win five straight matches and claim the 1st Prize of 10000 baht.

He hardly broke sweat against any of his opponents, recording impressive wins over Benz Mornor, Andy Hall and myself en route to the final.

He was taken to a deciding rack only once, in his third match of the evening with Aussie Adam Lux, which he won by 9 racks to 3 (race 9-4).

In the final he beat Megabreak’s own Barrie Sherman by 5 racks to 2 (race to 5), to seal victory and lift the trophy.

Barrie also played well to reach the final, having to win three matches on the One Loss Side of the draw to get there, before finding Daniel too hot to handle, and pocketed 6000 baht as Runner-Up.

The Player Auction Prize Pot totalled 17100 baht and was won for the 3rd consecutive tournament by Birthday Boy Tommy Fineman!! 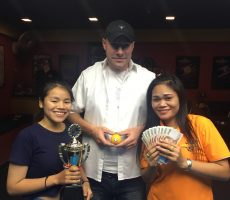 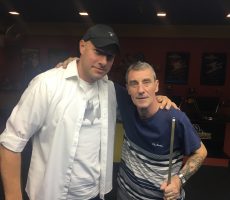 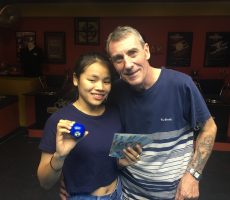 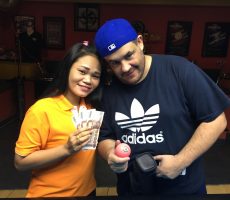 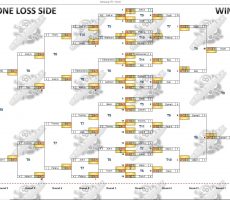 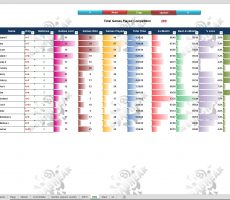 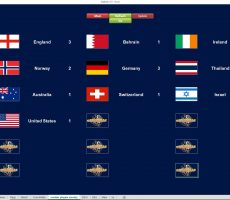