Last night saw a quality performance from Olly Downey to become our 10 Ball Champion for this week.

From a total entry of 26 players, he lost his first game of the night in the groups before finding his form to win five matches on the spin and claim victory.

In the final he beat fellow Englishman Stew Boydeste without conceding a rack (race 6-3 with ball spot on 7) to pocket the 1st Prize of 5500 baht.

Stew played well to reach his first final with us at the seventh attempt, and took home 3000 baht in 2nd Place.

His handicap now moves up to A+9 as a result.

The other money winners on the evening were two players returning after a lengthy absence, Petter Jespersen from Norway and John King from England, who each collected 1250 baht for reaching the semi-finals. 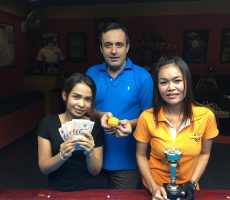 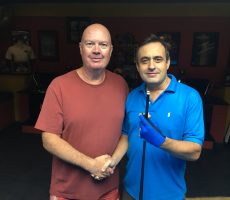 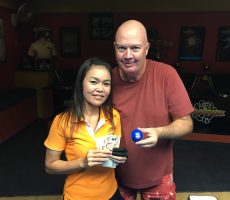 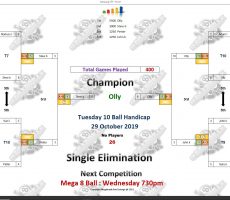 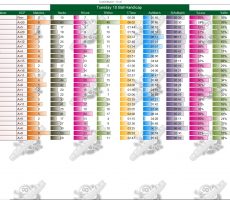