Our first tournament winner of 2018 is England’s Andy Hall, the owner of The Hideaway Guesthouse on Soi 15.

We had a fantastic turnout of 35 players from 16 different countries for Tuesday’s 10 Ball Competition.

Andy lost his very first match of the evening in the double chance group stages, before raising his game to win six consecutive matches and lift the trophy.

In the final he beat Tommy Fineman from Israel by 3 racks to 2 (race 3-5) to collect the 1st Prize of 6000 baht after both players agreed to play a shorter race than scheduled (4-7).

Tommy played well to reach the final, and took home 3500 baht as Runner-Up.
His handicap now moves up to A+8 for the very first time as a result.

America’s Russell Masciotti and Miikka Karila from Finland both played well to reach the semi-finals, receiving 1500 baht each.

The Player Auction Prize Pot totaled a massive 42000 baht and was won for the second consecutive tournament by Billy Hayes from England. 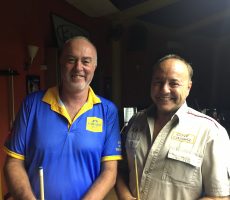 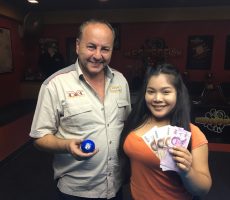 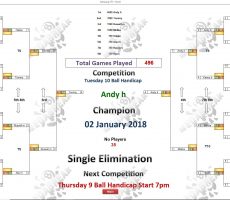 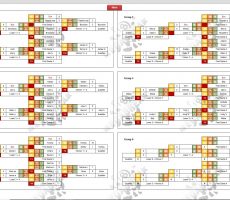 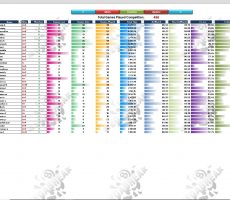