Israeli Eran Appel continued his superb run on Tuesday night’s to become our 10 Ball Champion for this week.

After finishing as Runner-Up in both of the last two weeks, he went one better at the 3rd attempt to claim the 1st Prize of 4000 baht.

From a total entry of 17 players, he beat Jp Van der Kam from The Netherlands in the deciding rack of the final (race 7-3) to seal victory.

After three racks of the final the Dutchman led 2-1 and looked set for a comfortable win, but the Israeli dug deep to reel off the next six racks and snatch it away by the narrowest of margins.

Jp, who normally prefers the 9 ball format, played well to reach the final and took home 2000 baht as Runner-Up.

The other money winners on the night were Eran’s fellow countryman and practice partner Sharon Michaelovich and Joel Wenger from Switzerland, who each pocketed 750 baht for reaching the semi-finals.

The Player Auction Prize Pot totalled 10800 baht and was won by Peter Jiskoot. 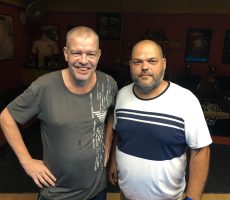 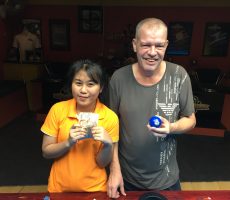 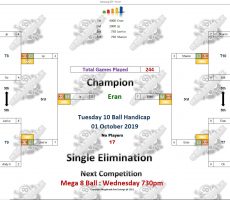 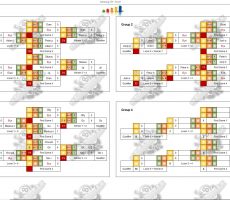 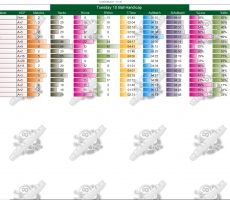