Our resident Dutch “Combo-King” Albert Gringhuis worked his magic to perfection to win our Thursday 9 Ball Grand Final for Season 21 on Saturday evening.

In a competition that was dominated by players at the lower end of the handicap scale, he was on top form all night long to win five straight matches without defeat and lift the trophy.

His playing style of aggression and ultra aggression saw him smashing in 9 balls from every possible angle to pocket the 1st Prize of 10000 baht.

In the final he defeated Tom Moore from The USA in the deciding rack (race to 5) with an audacious 3-9 combo as his opponent could only sit and watch in disbelief.

Tom played well to reach the final, having to win three matches on the One-Loss Side of the draw to get there, before falling just short against Albert, and took home 6000 baht in 2nd Place.

The top handicapped player on the evening, Jayson de Chavez Bilyaristang Guro from The Philippines played as consistently as ever to finish in 3rd Place, collecting 4000 baht, and he was closely followed by Nelson Tyler from The USA in 4th, receiving 3000.

The Player Auction created one of the biggest Prize Pots we have seen for a Grand Final, totalling 27100 baht, and was won by Nan Nannygirl Dajan. 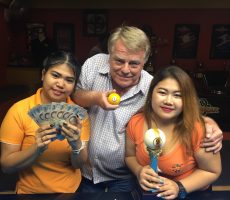 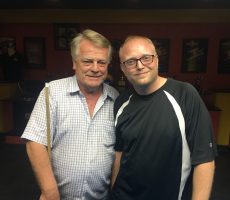 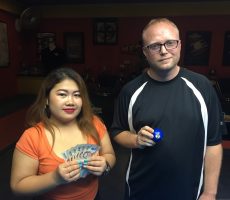 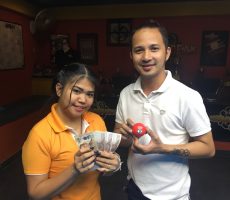 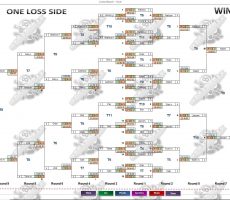 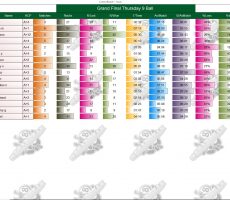 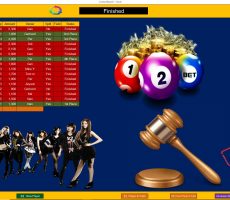 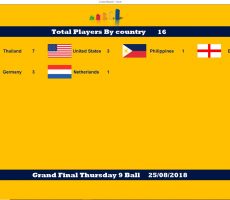