Thursday’s 9 Ball Competition was won by Philippe Nijs from Belgium.

Having played a Megabreak eight times before Thursday with minimal success, he showed an improvement in his game to stay undefeated all night long whilst winng six consecutive matches to lift the trophy.

In the final he beat Sweden’s Damir Muholjic 2-2 in racks (race 2-4) after both players agreed to play a short race match and share the prize money for 1st and 2nd.

Miksa Vlasov from Finland and Hua Hin based Englishman Brian Nuttall both reached the semi-finals, collecting 1500 baht each.

The Player Auction Prize Pot totalled 300 baht and was won by Sam Lowe. 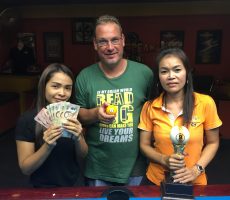 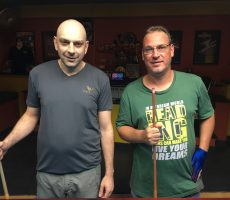 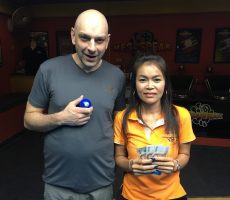 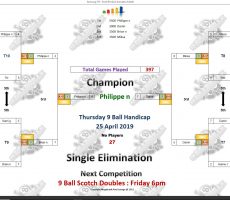 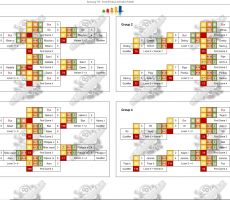 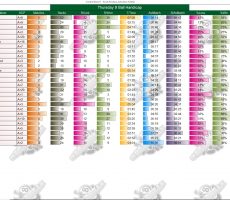