Mindaugas Jomantas from Lithuania won his first tournament at Megabreak for more than two and a half years on Thursday night to lift our 9 Ball trophy.

From another massive turn out of 40 players, he beat Finland’s Miikka Karila in the deciding rack of the final (race 7-4) to pocket the 1st Prize of 7000 baht.

After four racks of the final, Miikka led 3-1, and looked set for a comfortable victory.
The Norway based Lithuanian had other ideas though, and somehow managed to reel of six racks in a row to seal the win by the narrowest of margins.

His handicap moves up to A+5 as a result.

Consolation for Miikka was in the form of 3500 baht as Runner-Up.

Nelson Tyler from The USA and local Thai girl Beer both played well to reach the semi-finals, taking home 2000 baht each.

Another massive Prize Pot in the Player Auction totalling 59200 baht, which was won by Dominique Zagouri. 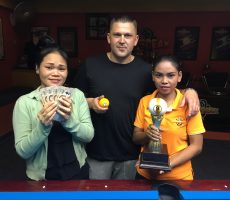 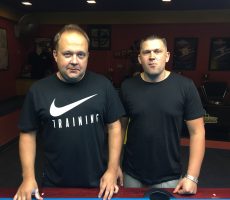 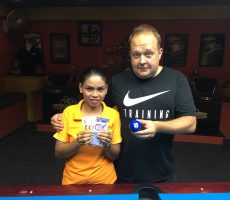 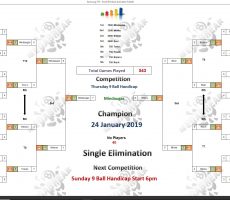 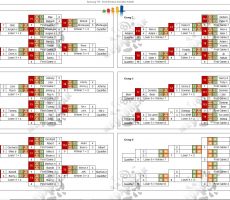 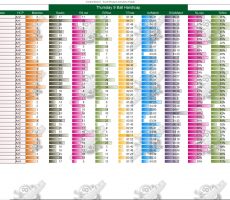