Thursday’s 9 Ball Competition was won by Tom Greenwell from England.

From a total entry of 21 players from 12 different countries, he beat India’s Karen Kapoor in the final to claim the 1st Prize of 4500 baht.

He did have to use his second life to qualify from the group stages, but once he did that, he played very well and ended up a worthy winner.

His handicap now moves up to A+3 as a result.

Karen also played well to reach his first Megabreak final at the 22nd attempt, before falling short against our winner, and took home 2500 baht in 2nd Place.

The other money winners on the evening were Gordon Maclellan from Canada and Dieter Simon from Germany, who each collected 1250 baht as losing semi-finalists.

The Player Auction Prize Pot totalled 20900 baht and was won by Peter Nielsen. 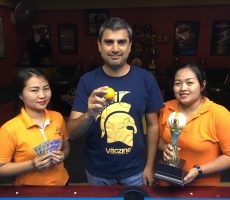 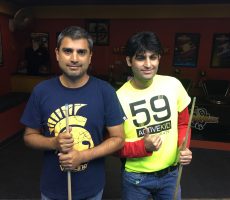 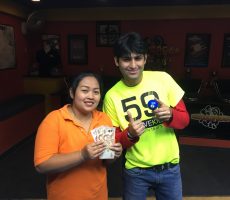 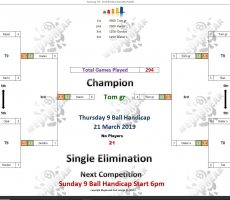 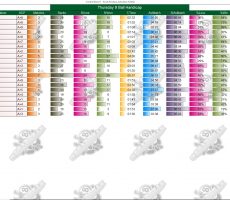