Thursday’s 9 Ball Competition was won by Timo Aalto from Finland.

From a total entry of 31 players, and playing here for the first time in just over four years, he played well all night long to win six consecutive matches without defeat and claim the 1st Prize of 5500 baht.

In the final he beat another first time finalist, Hua Hin based Englishman Mike Wood, in the deciding rack (race to 5) to lift the trophy, and his handicap now moves up to A+3 as a result.

Mike also played well to reach the final after losing his very first match of the evening, and took home 3000 baht as Runner-Up.

His handicap is increased by one rack to A+3 as well.

Gary Kuhnel from England and Dima Samilov from Russia both reached the semi-finals, pocketing 1500 baht each.

The Player Auction Prize Pot totalled 32900 baht and was won by Vincent Coleman. 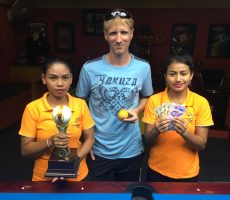 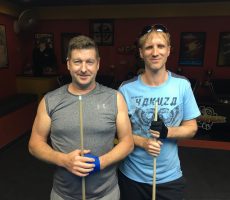 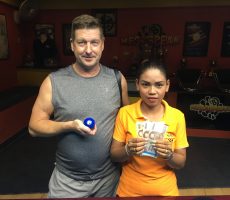 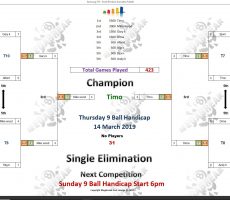 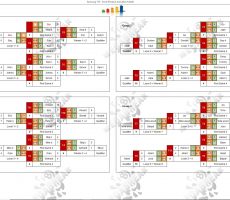 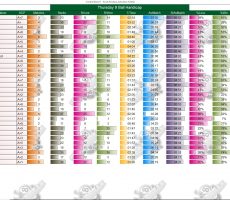