Canada’s Lou Jurinak was at it again on Thursday night to win his second 9 Ball Competition here in the space of just four days!!

Playing here for only the third time, and off an increased handicap mark, he won all six of his matches to pocket the 1st Prize of 5500 baht.

From a total entry of 31 players, he beat Peter Jiskoot from The Netherlands in the deciding rack of the final (race to 4) to seal the win by the narrowest of margins.

Our Runner-Up Peter led 2-0 in the final before the Canadian fought back to thwart him, and took home 3000 baht.

Benny Bernhardsson from Iceland and Scotland’s Tom Rooney both reached the semi-finals, collecting 1500 baht each. 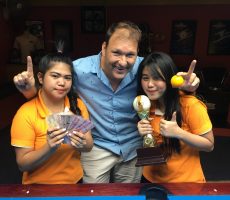 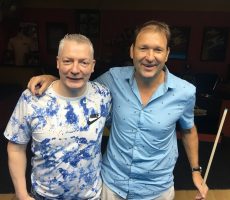 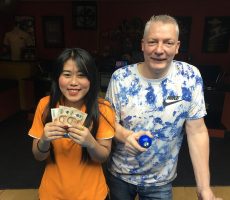 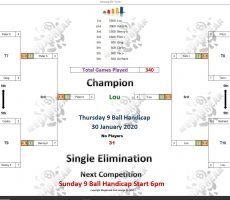 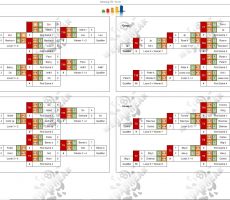 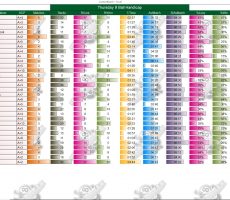