Congratulations go to England’s Scott Cooney (A+20) for winning our Sunday 9 Ball Grand Final for Season 14 on Saturday night.

From the maximum entry of 16 players, he defeated Dan Bjorling (A+) from Sweden in the final of the Double Elimination competition to take home the 1st prize of 12000 baht.

Scott played very well throughout the tournament, only dropping a total of 3 racks from 83 played spanning 5 matches, and was a worthy winner.

Dan also played well on the evening, beating all his opponents apart from Scott, and collected the Runners-Up prize of 6000 baht.

Finishing in 3rd place was Filipino Hotshot Roland Garcia (A+20*), who after losing his 1st match, won 5 consecutive matches on the 1 Loss Side of the draw before finally coming unstuck against Dan in the 1 Loss Side Final. He received 4500 baht.

Albert Gringhuis and Nittha Punsuk finished in equal 5th place, collecting 2000 baht each.
Albert played well to record victories over Roland and Yut Ratchanon Khotakhob (A+13) en route to the Winners Side Semi-final, where he would lose out to the eventual winner.

The other money winners on the evening were Thomas Pettersson (A+1) and Hannu Torpstrom (A+1), who each received 1000 baht for finishing in equal 7th place. 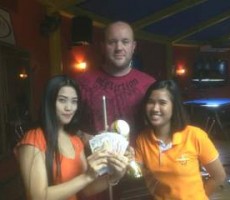 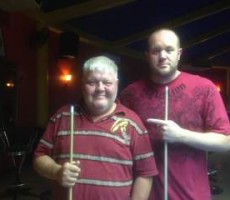 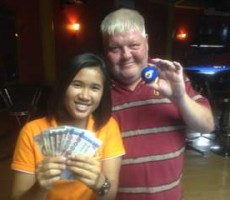 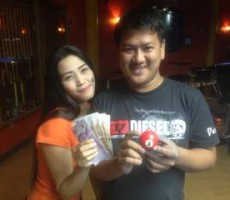