From the full field of 16 players, she played consistently well all night long to pocket the 1st Prize of 10500 baht.

She did suffer one defeat in the Double Elimination event to eventual Runner-Up Gerhard Schebler from Germany, but she avenged that loss when it mattered most in the final by 6 racks to 2 (race 6-4) to seal victory.

Gerhard also played well to reach the final undefeated, before losing out to Nid by the narrowest of margins, and took home 6000 baht in 2nd Place.

Next in line was our resident Dutchman Albert Gringhuis, who claimed 4500 baht for finishing 3rd, and he was closely followed by America’s Jeff Schmitt in 4th, receiving 3000.

The Player Auction Prize Pot totalled 17200 baht and was won by Fon. 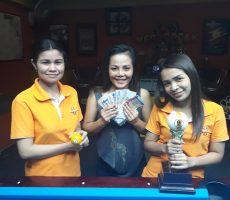 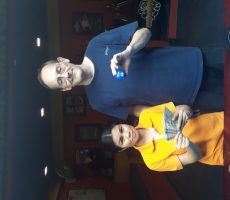 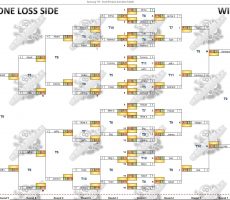 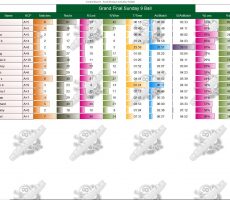