Congratulations go to Kenny Wong (A+6) from The USA for winning our Sunday 9 Ball Grand Final for Season 17 on Saturday night.

From a full field of 16 players from 11 different countries, he defeated Thailand’s Preecha (A+20) in the final of the Double Elimination event to receive the 1st Prize of 10000 baht.

Kenny continued his amazing recent run of form to win his THIRD CONSECUTIVE COMPETITION in the space of just FOUR DAYS!!

He remained undefeated all night, whilst winning five matches, and was once again a worthy winner.

He had his work cut out in the final though, as Preecha raced into a 7-0 lead in the first of two possible sets (race 8-4) and looked sure to take the match to a final set.
Kenny dug deep though, and somehow managed to win four consecutive racks to seal victory in the deciding rack!!

His handicap is now increased to A+7 as a result.
Will that be enough to stop his incredible run of success?!

Preecha played some superb pool on the night to reach the final, only losing out in two matches against Kenny and took home the Runners-Up Prize of 6000 baht.

In 3rd place was our eccentric French friend, Jerome Pierron (A+3) who played consistently well to collect 4000 baht, closely followed by Thomas Pettersson (A+3) from Sweden in 4th, receiving 3000 baht.

In Equal 5th place were Nid Mirantee Phukthamt (A+3) from Thailand and Peter Pellack (A+1) from The USA, who each took home 1500 baht, and the other money winners on the evening were Mitsuhiro Mori (A+6) from Japan and Albert Gringhuis (A+2) from The Netherlands, who each collected 1000 baht “money back” for finishing in Equal 7th place. 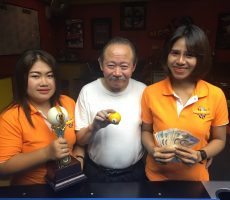 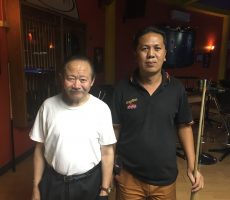 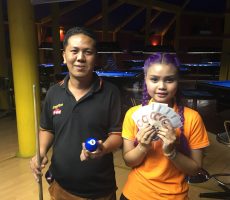 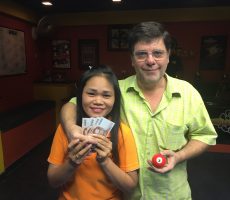 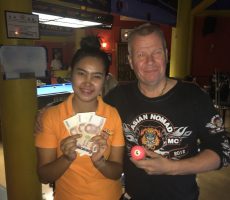 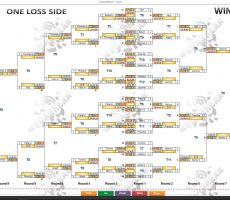 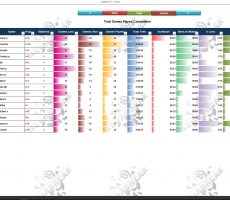 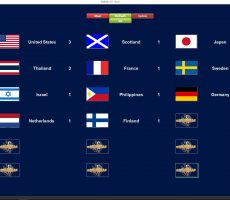