Congratulations go to Kazunori Sekimata (A+3) from Japan for winning our Sunday 9 Ball Grand Final for Season 15 on Saturday night.

From a full entry of 16 players, he defeated Harry Arefjell (A+4) from Norway in the final of the Double Elimination event to receive the 1st Prize of 10000 baht.

Kazu and Harry both played some great pool on the evening, but with Kazu having qualified for the final from the “One Loss” side of the draw, he would have to defeat Harry twice in the final (race 4-5) to lift the trophy.
In the first set the opening four racks would be shared at 2-2, before Kazu won the next two games to seal a 4-2 win and take us into a decider.
The second set would take a similar path, with the first two racks being shared. Kazu then took the next two to put himself on the hill at 3-1 before Harry fought back to win the next.
Kazu wasn’t going to be denied though, and sealed victory in the sixth rack by a repeat scoreline of 4 racks to 2.

Harry, who won four straight matches on the “Winners Side” of the draw, including a 5-1 victory over the eventual champion in the Last 4, would have to settle for the Runners-Up spot and 5500 baht.

The other money winners on the evening were Preecha (A+20) and Yu Fluke Birman (A+5) who each received 1500 baht for finishing in equal 5th place. 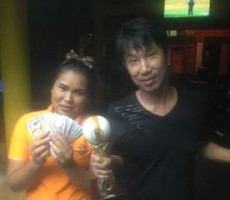 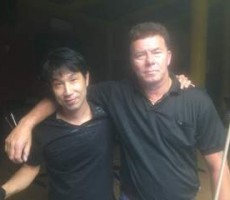 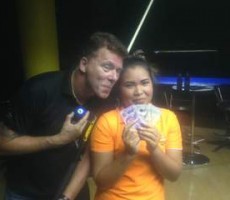 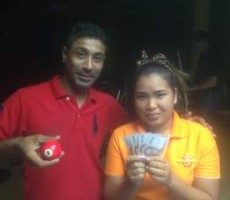 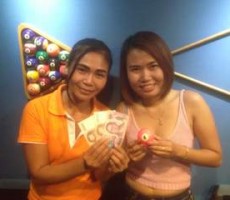