Congratulations go to George Merrington from England for winning our Suunday 9 Ball Grand Final for Season 21 on Saturday night.

Having never won a competition here at Megabreak before, he broke his duck in style by going all the way this time to lift the trophy and claim the 1st Prize of 10000 baht.

He did lose his second match of the evening in the Double Elimination format, to eventual Runner-Up Adam Lux, before winning five straight matches on the One Loss Side of the draw to gain a rematch with the Aussie.

And in the final there was no stopping him as he played at the top of his game to record a comfortable 8-1 victory (race 8-4).

Adam continued his recent run of superb form to reach his second final in the space of just four days, but again had to settle for 2nd Place and 5500 baht.

Good performances from two Thai girls saw them finish in the Top 4 places, with Gan Kanchana Chinboot taking 3rd Place and 4000 baht, and she was closely followed by Nid Mirantee Phukthamt in 4th, collecting 2500.

The Player Auction Prize Pot totalled 14700 baht and was won by Gan for the third time in four competitions!!

She paid the top price of the night at 1500 baht to get George, but the gamble paid off as they shared the 1st Payout of 6000. 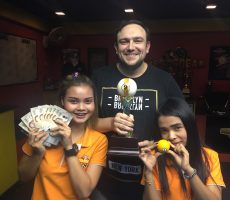 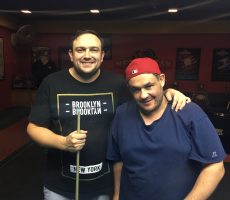 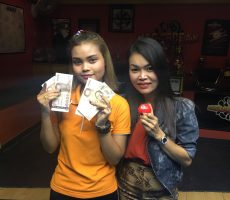 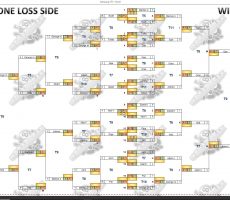 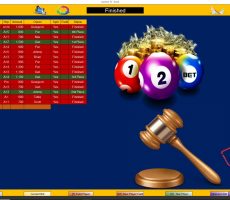