Canadian Lou Jurinak went all the way to the top on Sunday night to win our 9 Ball Competition.

Playing here for just the second time, and from a total entry of 35, he lost his very first game of the night in the groups before winning six consecutive matches to collect the 1st Prize of 6000 baht.

In the final he beat local Thai girl Nik Nucharee Vichuma by 3 racks to 2 (race 3-4) and his handicap now moves up to A+2 as a result.

Nik played well to reach the final after also losing her very first match of the tournament, and pocketed 3000 baht as Runner-Up.

England’s Mike Parker and Denis Husson from France both reached the semi-finals, taking home 1500 baht each. 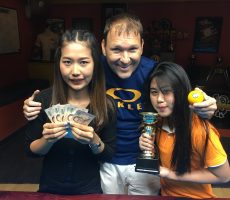 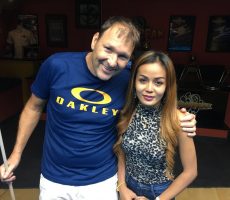 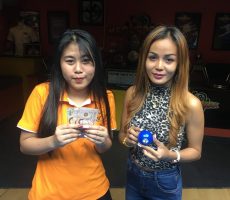 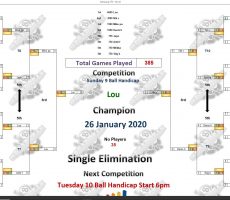 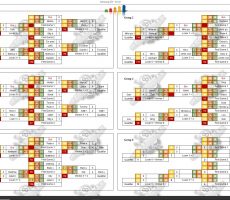 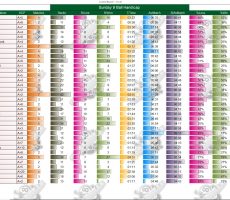