Last night’s 9 Ball Competition saw another great turn out of 34 players and victory for Sweden’s Erik.

Playing in his first tournament for just over a month, he took time to get into his stride, losing his first match of the evening in the groups.

From there he found his form to win six matches on the bounce and claim the 1st Prize of 6000 baht.

In an “All Swedish” final he beat fellow countryman Stig Olsson in the deciding rack (race 6-4) to seal the win.

Stig, playing here for just the fourth time, showed an improvement in his game to reach the final, and took home 3000 baht in 2nd Place.

His handicap now moves up to A+6 as a result. 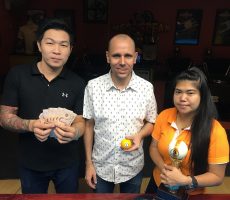 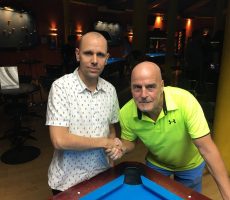 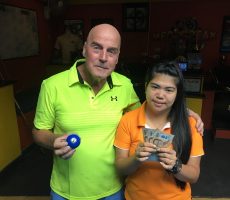 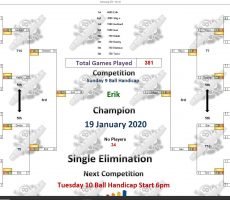 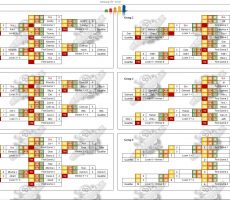 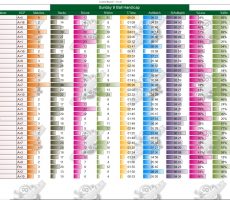