Sunday’s 9 Ball Competition was dominated by the fairer sex this week.

There were only four girls in a total field of 21, but two of them managed to go all the way and reach the final.

And it was Yok Surangtip who lifted the trophy, beating Megabreak staff member Nae Kunnika Nakjui in the deciding rack of the final (race 4-5) to collect the 1st Prize of 4500 baht.

Nae led 4-1 in the final, before Yok managed to win the last three racks to steal victory away from her, and took home 2500 baht in 2nd Place.

The other money winners on the evening were Dima Samilov from Russia and Johnny Whitley from England, who each collected 1250 baht as losing semi-finalists.

The Player Auction Prize Fund totalled 19600 baht and was won by Jamie Brooks. 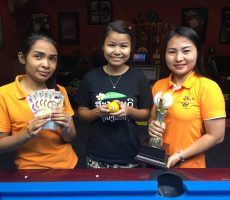 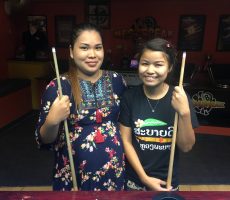 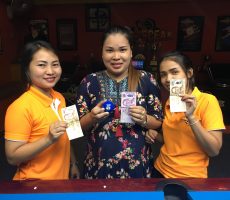 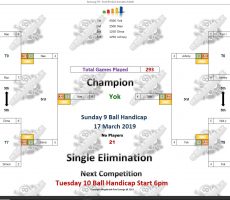 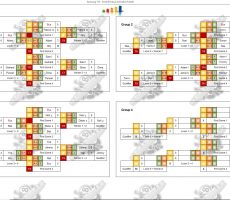 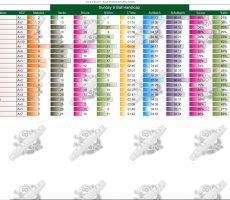